​ The autobiographical, A Part of Me Refused to Die, is a harrowing story of redemption in which the heroine ultimately decides to stay in an abusive marriage.

Penned by author Nisha Sulthana and published by the small but growing independent Islamic publisher, Niyah Press, it’s a real-life tale of love, devotion, and patience – all in the face of unrelenting physical and emotional abuse. However, more than a collection of moments, it’s a story of increased connection to Allah and a deepening of religious experience.

When we throw ourselves into Nisha’s tale, and into her shoes, we learn that her decision to stay is due in part to cultural restrictions and taboos surrounding divorce. Her decisions are a by-product of un-relenting South Indian 1960s and 70s social pressure to put on a happy face and push her sons to succeed in studies and other projects – even though Nisha and her three boys were suffering every day behind closed doors.

Reading such culturally-specific stories helped me understand the nuanced culture of my brothers and sisters in Islam. Ethnic differences, and social taboos, vary widely depending on where in the world we live. As a Muslim American revert to Islam, I’ve only sampled the full flavor of different cultures – usually in the form of visiting the mosque for Friday prayers, weddings, funerals, Eids, or other special community gatherings. I’ve also spent over two years now living in Pakistan, and visited a handful of other predominantly Muslim countries, including Egypt, and the U.A.E.

At my best, I’ve learned to accept any idiosyncrasies and quirks as part of the rich Islamic tapestry. At my worst, I’ve grouped others into stereotypes and poked fun at their flaws.

For me, on the one hand I’ve longed to “fit in” to the different cliques, but on the other, have found myself utterly incapable of understanding how to mold myself to fit their expectations and ideals. Considering how deep the culture goes, and for how many generations things have been done the same way, it’s not surprising that my “American” infiltrations into the various cultures and communities is often met with trepidation.

In A Part of Me Refused to Die, Nisha illuminates the thinking process behind her ethnic representation. She also sheds additional light on a few of the hidden problems in many of our communities – alcoholism, adultery, and domestic abuse.

What this autobiography taught me – as a survivor of abuse and victim advocate myself – is that every Muslim marriage is different. While they may not fit the” ideal Muslim marriage”, they still have much to teach us. While advocates like myself may hope for women to “get free” from their abusers and just move past their marriages, the truth is that, for many, divorce is simply not an option.

Many have a sincere interest in striving to make it work, and are willing to suffer the hard lessons for the sake of preserving that lifelong bond and commitment to another soul. As a community, I believe we need to accept and support the fact that not all women are willing or able to leave their abusive partners, and together we need to find creative ways to aid and advise these women.

Throughout the recount of her marriage – beginning at 16 and spanning nearly five decades – Nisha also presents her personal interpretations and understandings from of the Quran and ahadith almost as often as she shares the details of her abuse. She offers her insights as an introduction to Islam – which is a useful tool for new Muslims even as it’s starkly contrasted with the recounts of real-life hypocrisy and contradictions.

While I admit it was hard for me to wrap my head around, I ultimately concluded that if a wife uses her relationship with her husband as a foil against which to build her faith and patience, that’s her prerogative.

Ultimately, a woman’s decision to leave or stay in an abusive, alcoholic, or adulterous relationship is her choice alone and does not make her more, or less, of a woman, wife, or mother. Never should we judge another’s trials and say that they “shouldn’t” choose to experience those moments. We all have unique trials and oppressors to stand up to. It’s a pity that some of them are in our own homes.

To preview A Part Of Me Refused to Die, visitNishaSulthana.com for the first two chapters. You can also order the book via Amazon.

"Masha Allah!!!!  beautifully narrated the battle between the truth and falsehood. ( Real Self and the false self). Also the narration of Islam as a way of life is presented in a simple beautiful way that the reader gets the essence and the message of God to mankind. May Allah accept your contribution to bring light into many battered souls going through the similar motion of life time and again in different forms. May your work help humanity to the path of truth and save from being the victim of the inner whisperer."

"A must read! This book made me realize how greatly blessed every human is despite all hardship. Even if you were to believe that there is no worldly solution to your problems, this book will teach you how and why you should not only wholeheartedly accept your destiny but be thankful, peaceful and do the best you can under any circumstance. There are so many gems and jewels hidden inside this book that you will not want to miss! So it is well worth reading with a highlighter in hand." 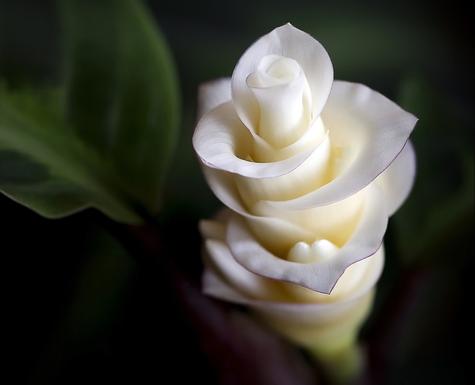